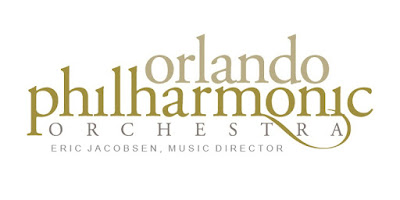 ORLANDO PHILHARMONIC ORCHESTRA PRESENTS A TRIBUTE TO MARVIN HAMLISCH: ONE SINGULAR SENSATION
Featuring Vocalists Jodi Benson, Scarlett Strallen, and Doug LaBreque
The Orlando Philharmonic Orchestra presents a tribute to the late Marvin Hamlisch in the Pops Series concert on April 1, featuring the sounds of Jodi Benson, a Tony-award nominee known for her role as the voice of Ariel in The Little Mermaid; Scarlett Strallen, the star of numerous Broadway and London West End shows; and Phantom of the Opera’s Doug LaBreque, Broadway actor and frequent Hamlisch collaborator. Performances are at Bob Carr Theater, 401 W. Livingston Street, Orlando, Florida at 2 & 8 p.m.

"Marvin's genius shines through in the rich legacy of music he left us, and this wonderful concert reminds all of us how extraordinary that legacy is. “- Keith Lockhart (The Boston Pops)

Larry Blank, one of the most prolific and sought after conductors and orchestrators in the entertainment business today, will lead the Philharmonic in a rousing tribute to one of the most celebrated and decorated standard writers of the twentieth century.

Hamlisch, composer and conductor, spent over four decades of his life composing for film, theatre, and Broadway and in that time raked up an impressive earning of multiple Emmy, Grammy, Oscar, and Tony awards. He also collected a Pulitzer Prize and two Golden Globes.
Single tickets are available online at orlandophil.org, by calling 407.770.0071, or in person at the Box Office, located at The Plaza Live (425 N. Bumby Avenue, Orlando). The Box Office is open Monday through Friday, 10 a.m. to 4 p.m. (Ticket prices subject to change.)

Artists
Larry Blank is one of the most prolific and sought after composers, conductors, and orchestrators in the entertainment business today. His work has been presented all over the world, including some of broadway’s most successful musicals, carnegie hall, and top television and film projects.
Mr. Blank has guest conducted most of the orchestras throughout the world, including the San Francisco Symphony, the New York Philharmonic, Western Australia Symphony Orchestra, the Los Angeles Philharmonic, Palm Beach Pops, Auckland Symphony, the National Symphony Orchestra,the Boston Pops, the Chicago Symphony Orchestra, Calgary Symphony, New Orleans Symphony and Toronto Symphony.
Larry has been named resident pops conductor along with regular pops conductor Michael Feinstein for the Pasadena Symphony and Pops.
Jodi Benson is honored and blessed to be a recipient of The Disney Legends Award having served the company for over 27 amazing years. Jodi has received worldwide recognition as the beloved, original voice of Ariel in the Academy Award winning Disney film The Little Mermaid. She continues to bring Ariel to life as well as the bubbly voice of Barbie in Disney/Pixar’s Golden Globe winner Toy Story 2 and Oscar winning Toy Story 3. Other films: Flubber (Weebo), Thumbelina, Tinkerbell: Secret of the Wings, The Little Mermaid: Ariel's Beginning, The Little Mermaid 2: Return to the Sea, Lady and the Tramp II (Lady) and as Patrick Dempsey’s assistant Sam, in Disney’s Enchanted- as a real person with legs!
Scarlett Strallen has starred in productions on Broadway, London’s West End and is a frequent soloist on the concert stage.  She is currently starring as Amalia in She Loves Me at the Chocolate Factory on London’s West End.  On Broadway, Ms. Strallen appeared in the title role of Mary Poppins, a role she also played in the West End and most recently at The Capitol Theatre, Sydney, and as Sibella Hallward in A Gentleman’s Guide to Love and Murder.
Doug LaBreque thrilled theatre audiences as The Phantom and Raoul in the Harold Prince production of The Phantom of the Opera.  In addition, Mr. LaBrecque has starred on Broadway as Ravenal in the Hal Prince revival of Showboat, a role he also performed in Canada and Chicago.  He was featured in Oscar Hammerstein’s 100th Birthday Celebration on Broadway at The Gershwin Theatre, and toured nationally with Les Miserables. Regionally, Mr. LaBrecque has performed leading roles in Candide, A Chorus Line, Man of LaMancha among many others.  A graduate of University of Michigan he was also featured in the world premiere of A Wonderful Life, written by Sheldon Harnick and Joe Raposo, and starred in the premiere revival of Kurt Weill and Alan Jay Lerner’s Love Life.