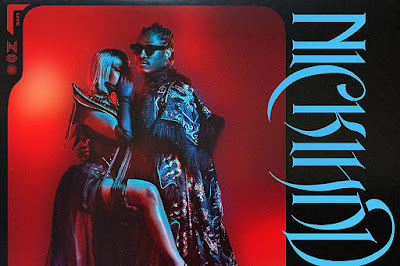 Global hip-hop icons, Nicki Minaj and Future, announced they will be hitting the road together for their first-ever co-headlining tour,NickiHndrxx. Produced by Live Nation, the extensive 50-city outing kicks off on September 21 in Baltimore, MD. The NickiHndrxx Tour plays Orlando’s Amway Center on Saturday, October 20. Tickets go on sale to the general public on Friday, June 15 at 10 a.m.

The NickiHndrxx Tour is in support of Minaj’s new album, “Queen,” which is set to release on August 10 and includes the singles, “Barbie Tingz” and “Chun-Li.” In tandem with her tour announcement, Minaj shared, “Rich Sex,” a new single featuring Lil Wayne. This is the first of two new songs the rapper releases this week and dropping this Thursday is the Ariana Grande-featured single, “Bed.”

Upholding an unbreakable hot streak, last Friday, Future released his curated “Superfly” original motion picture soundtrack. The 13-track album was executive-produced by Future and features collaborations by some of R&B/Hip-Hop’s finest including Khalid and H.E.R., Miguel and Lil Wayne and the Atlanta rapper makes an appearance on 11 of the tracks. The Atlanta hip-hop luminary and trendsetter is in the studio preparing new music to release soon.