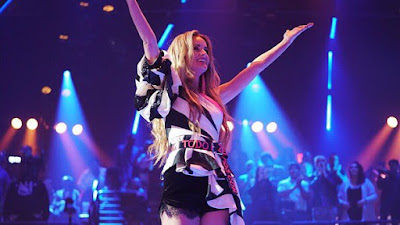 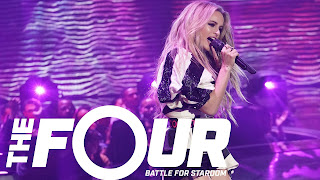 Stephanie's parents fostered her talent for singing by sending her to prestigious summer music programs at Manhattan School of Music, Instituto Vocal de Miguel Manzo in Barcelona, and Berklee College of Music. A full time performer, Stephanie has toured with prominent Latin singers like Enrique Iglesias, Alejandro Fernandez, Alejandro Sanz, and Il Divo. She currently splits her time between Los Angeles and Guatemala City and after achieving great success in her home country,

Stephanie is now ready to bring her Latin flair to the stage of The Four and show the American audience what she can do. Her genre is Latin pop.

THE FOUR: BATTLE FOR STARDOM Season Two
After a worldwide search, FOUR fierce recording artists have been chosen to enter the competition of a lifetime on THE FOUR: BATTLE FOR STARDOM, hosted by Fergie. These four recording artists, spanning all music genres, will fight to defend their coveted spots on the stage, as newcomers challenge them and try to knock them out of the competition. Each week, if any of the four are outperformed, they’ll go home and their challenger will take their place. The recording artist who is the last standing at the end of the competition will earn the ultimate prize: the panel of industry experts – Sean “Diddy” Combs, DJ Khaled and Meghan Trainor – become key players on their team. Additionally, as part of the grand prize, the winner will be named an iHeartRadio “On The Verge” artist. iHeartRadio’s “On The Verge” program provides artists with unparalleled national reach through on-air radio exposure, as well as digital and social support across iHeartMedia’s powerful range of music and entertainment platforms.
OFFICIAL “THE FOUR: BATTLE FOR STARDOM” SOCIAL INFORMATION
OFFICIAL FACEBOOK: TheFourOnFox
OFFICIAL TWITTER: TheFourOnFox
OFFICIAL INSTAGRAM: TheFourOnFox
Join the Discussion: #TheFour