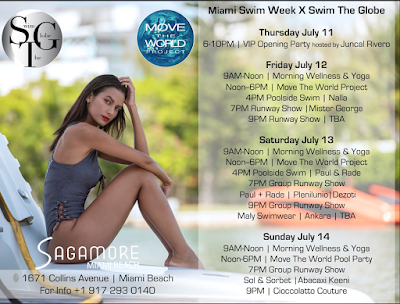 We are proud to announce Juncal Rivero, Spanish Celebrity as the host of Swim The Globe opening Miami Swim Week party, along with Televisíon Español, the largest network in Spain to cover the entire event. Juncal Rivero runs the Miss & Mister Spain franchise and has partnered with Swim The Globe to relaunch the brand. She will be making a special televised announcement that will broadcast in Spain. The next winners of Miss & Mister Spain will walk the runway next year! We have also confirmed Mario Hervas, Mister Spain 2014, to walk the runway, along with his brother, Alberto during our men’s fashion shows on Saturday July 13th. With Reál Sangria as a sponsor, and La Palme Magazine as a media partner, the event below is bound to rock Miami this Swim Week.

A Morning Wellness Pavilion will be hosted by Synergy Yoga and friends Friday, Saturday and Sunday from 9am-Noon with various product samples, pop-up shops and giveaways including Uberlube, Dermagym,Nalho, Istanbuleros, Pool to Party and Velvet Sunglasses presentations on Skincare, Health & Wellness and Yoga at 10AM.  Daily Pop-up shops will feature immediate collections from the swim designers during Move The World Project from Noon-6PM. 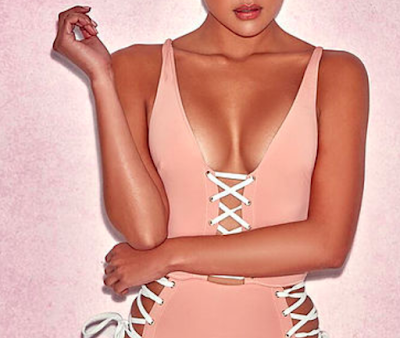 The event which takes place at the newly renovated Sagamore Hotel, known as the premier Fashion-Music-Art Hotel of Miami Beach, and the only hotel to have its own curator, Sébastein Laboureau, will fittingly involve some of todays
most prominent street artists.  Swim The Globe will including a live mural painting by Mister George (George Nicolas Nader), nephew of renowned art dealer
and owner of Gary Nader Art Center in Wynwood, Gary Nader, to take place over the course of the four day event.  Mister George will also launch his collection of one of a kind, hand painted apparel and accessories on a runway show slated to take place Friday evening at 6PM in the tents.  An additional swimwear presentation by Nalla Swimwear, made in Peru, will take place on Friday poolside.  Various influencers and friends of the artist are set to host the poolside soiree and walk the runway to in swimwear topped by leather and denim handprinted pieces.  Additional art pieces by Skott Marsi will be on display in the tents for all 4 days.

Saturday shows will encompass designs from some of todays up and coming swimwear designers. The Influencer Lounge will be hosted in the cabanas by Paul + Rade based in Los Angeles, ReálSangria and Viblok from Noon-6PM. Special raffles, swag bags and give-aways will take place poolside on Saturday.  The Fashion shows containing styles for Men & Women, will begin as the sun sets over the shores of Miami at 7PM; tent opens at 6; seating is at 6:30.  Runways by Paul+ Rade (Los Angeles) launching their Gym to Swim™️ Swimwear and Fitness Collection, Nalla Swimwear (Peru), Dezoti by Enrique DeZoti (Florida),  Plenilunio (Colombia) and Maly Swimwear (Miami). Dance
Performances featuring  Caribbean and South American dances will take place on the runway as well.

Sunday promises to be an enjoyable wind-down to the shows as Music Director Frank
Delour’s Move The World Project hosts an array of chill DJs from his days at Cove in the Bahamas from Noon-6PM, followed by an Emerging Designer Showcase at 7PM featuring Sol+Sorbet (Miami), Abacaxi Keeni (Brazil), Dusty Rose (Miami) and more to be announced. 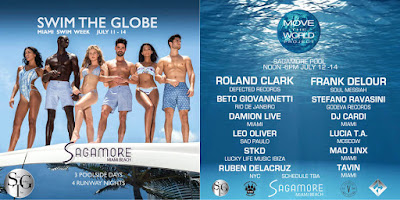