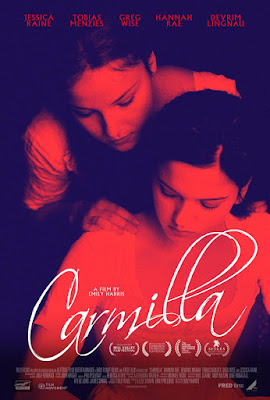 Isolated from the outside world, fifteen-year-old Lara (Hannah Rae, "Broadchurch", Fighting with My Family) lives in seclusion on a vast country estate with her father and strict governess Miss Fontaine (Jessica Raine, "Patrick Melrose", "Jericho").  Late one evening, a mysterious carriage crash brings a young girl (Devrim Lingnau) into their home to recuperate. Lara immediately becomes enchanted by this strange visitor who arouses her curiosity and awakens her burgeoning desires.