VOTES FOR WOMEN: A PORTRAIT OF PERSISTENCE - A CENTENNIAL CELEBRATION OF THE 19TH AMENDMENT - Free Exhibit Open Now In-Person and Virtually at the Mennello Museum of American Ar

VOTES FOR WOMEN: A PORTRAIT OF PERSISTENCE

A Centennial Celebration of the 19th Amendment 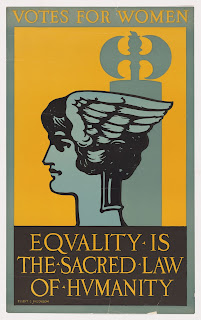 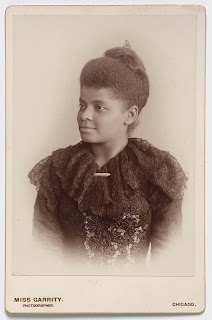 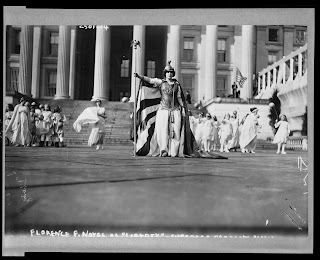 The chronology of women's suffrage is a story of voting rights, of inclusion in and exclusion from the franchise, and of our civic development as a nation. Votes for Women: A Portrait of Persistence, a poster exhibition from the Smithsonian, celebrates the centennial of the 19th Amendment and explores the complexity of the women's suffrage movement and the relevance of this history to Americans' lives today. The Mennello Museum of American Art is very pleased to commemorate and present this historic exhibit. As the 59th Presidential Election approaches, we encourage everyone to honor the ideals that fueled the suffrage movement, learn about the trailblazers that sought to make women’s voices heard, and to exercise their right to vote. May the exhibit serve as an opportunity to reflect on the past, celebrate the advances enacted thus far and offer a renewed responsibility in the interest of equality and human rights.

The Mennello Museum of American Art, a Smithsonian Affiliate Museum, is delighted to share the Smithsonian's virtual and poster traveling exhibition entitled Votes For Women: A Portrait Of Persistence on the occasion of the 100th year of the 19th amendment providing voting rights for women. The in-person, free exhibition of posters is featured on the Mennello Museum's front porch beginning now through election day, November 3. Visit them during museum open hours, Tuesdays - Sundays, 11 a.m. - 4 p.m. (weather permitting). The virtual exhibition is also available online through November 2020. Join us as we stroll through 100 pivotal years of suffrage.

The crusade for women's suffrage is one of the longest reform movements in American history. Between 1832 and 1920, women citizens organized for the right to vote, agitating first in their states or territories and then, simultaneously, through petitioning for a federal amendment to the U.S. Constitution. Based on the National Portrait Gallery exhibition of the same name, Votes for Women seeks to expand visitors’ understanding of the suffrage movement in the United States. The poster exhibition addresses women's political activism, explores the racism that challenged universal suffrage, and documents the ratification of the 19th Amendment which prohibits the government from denying U.S. citizens the right to vote on the basis of sex. It also touches upon the suffrage movement's relevance to current conversations on voting and voting rights across America.

Votes for Women: A Portrait of Persistence is organized by the Smithsonian Institution Traveling Exhibition Service in collaboration with the National Portrait Gallery. This project received support from the Smithsonian American Women’s History Initiative.

The Smithsonian American Women’s History Initiative, Because of Her Story, is one of the country’s most ambitious undertakings to research, collect, document, display and share the compelling story of women. It will deepen our understanding of women’s contributions to the nation and the world. More information about the initiative is available at womenshistory.si.edu.

Upcoming Events and Exhibits at Mennello Museum of American Art