Broadway in Orlando is back

UPDATES TO THE FAIRWINDS BROADWAY IN ORLANDO SEASON JUST ANNOUNCED

BROADWAY IS COMING BACK!

Florida Theatrical Association, Dr. Phillips Center and Broadway Across America announced today the upcoming FAIRWINDS Broadway in Orlando series, which is expected to begin this fall.

New subscriptions are now on sale and current subscribers are able to add to their packages at BroadwayinOrlando.com.

At this time, Hamilton and The Band's Visit are unable to be rescheduled; however, Broadway Across America is working to schedule them for a future season. And, as previously announced, Wicked is postponed.
“We’re thrilled to be bringing Broadway back to the Dr. Phillips Center this fall for what will be a spectacular season,” said Susie Krajsa, president of Broadway Across America. “We have been working diligently with producers, booking agents and other national tour representatives to reschedule and rebuild the lineup for the FAIRWINDS Broadway in Orlando season. We are so grateful for the support of our subscribers and patrons who have remained steadfast awaiting the return of Broadway to the Dr. Phillips Center.”

Robust health and safety protocols developed with guidance from AdventHealth have helped the arts center responsibly welcome guests back to shows, camps, classes and special events since summer 2020.

“We’re eagerly anticipating Broadway’s return to Orlando and are confident we have the health protocols and training in place to do so responsibly,” said Dr. Phillips Center President and CEO Kathy Ramsberger. “It’s terrific to think that fans are just months away from again experiencing the wonder of Broadway.” 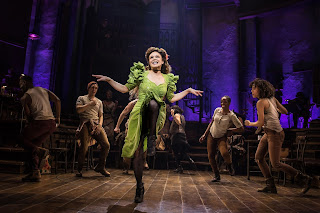 COME SEE HOW THE WORLD COULD BE. Welcome to HADESTOWN, where a song can change your fate. Winner of eight 2019 Tony Awards® including Best Musical and the 2020 Grammy® Award for Best Musical Theater Album, this acclaimed new show from celebrated singer-songwriter Anaïs Mitchell and innovative director Rachel Chavkin (Natasha, Pierre & The Great Comet of 1812) is a love story for today... and always.

HADESTOWN intertwines two mythic tales—that of young dreamers Orpheus and Eurydice, and that of King Hades and his wife Persephone—as it invites you on a hell-raising journey to the underworld and back. Mitchell’s beguiling melodies and Chavkin’s poetic imagination pit industry against nature, doubt against faith, and fear against love. Performed by a vibrant ensemble of actors, dancers and singers, HADESTOWN is a haunting and hopeful theatrical experience that grabs hold and never lets go.

Call it “musical comedy heaven” (Rolling Stone). Call it “the most uproarious new musical in years!” (The Hollywood Reporter). Call it TOOTSIE. This laugh-out-loud love letter to the theater tells the story of Michael Dorsey, a talented but difficult actor who struggles to find work until one show-stopping act of desperation lands him the role of a lifetime.

Featuring a hilarious Tony®-winning book by Robert Horn and an outrageously clever score by 2018 Tony-winner David Yazbek (The Band’s Visit, Dirty Rotten Scoundrels), this New York Times Critic’s Pick is “a joyful delight” (The Washington Post) that’s “so packed with punchlines, it should be called a jokebox musical!” (Bloomberg). “In these turbulent times, when the world seems out of balance, we need a place to let the good times roll,” raves Rolling Stone. “TOOTSIE is it!”

Everyone’s invited to the joyous Broadway hit that New York Magazine hails as “smart and big-hearted” while The New York Times declares it “makes you believe in musical comedy again!” THE PROM is a new musical comedy about big Broadway stars on a mission to change the world and the love they discover that unites them all.

Variety raves, “It’s so full of happiness that you think your heart is about to burst.” And The Hollywood Reporter cheers, “It’s comic gold!”

You belong at THE PROM!

Ain’t Too Proud: The Life and Times of the Temptations 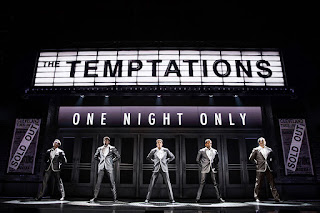 AIN'T TOO PROUD – THE LIFE AND TIMES OF THE TEMPTATIONS is the electrifying, new smash-hit Broadway musical that follows The Temptations’ extraordinary journey from the streets of Detroit to the Rock & Roll Hall of Fame. With their signature dance moves and silky-smooth harmonies, they rose to the top of the charts creating an amazing 42 Top Ten Hits with 14 reaching number one.

Nominated for 12 Tony Awards, AIN'T TOO PROUD tells the thrilling story of brotherhood, family, loyalty and betrayal, as the group's personal and political conflicts threatened to tear them apart during a decade of civil unrest in America.

The unforgettable story of this legendary quintet is set to the beat of the group’s treasured hits, including “My Girl,” “Just My Imagination,” “Get Ready,” “Papa Was a Rolling Stone” and so many more.

From the producer of  The Lion King and Aladdin, FROZEN, the Tony®-nominated Best Musical, is now on tour across North America and the critics rave, “It’s simply magical!”

(director), and Tony winner Rob Ashford (choreographer) round out the creative team that has won a cumulative 16 Tony Awards.

An unforgettable theatrical experience filled with sensational special effects, stunning sets and costumes, and powerhouse performances, Frozen is everything you want in a musical: It’s moving. It’s spectacular. And above all, it’s pure Broadway joy.

CATS, the record-breaking musical spectacular by Andrew Lloyd Webber that has captivated audiences in over 30 countries and 15 languages, is now on tour across North America.

Audiences and critics alike are rediscovering this beloved musical with breathtaking music, including one of the most treasured songs in musical theater: "Memory.” Winner of 7 Tony Awards® including Best Musical, CATS tells the story of one magical night when an extraordinary tribe of cats gathers for its annual ball to rejoice and decide which cat will be reborn. The original score by Andrew Lloyd Webber (The Phantom of the Opera, School of Rock, Sunset Boulevard), original scenic and costume design by John Napier (Les Misérables), all-new lighting design by Natasha Katz (Aladdin), all-new sound design by Mick Potter, new choreography by Andy Blankenbuehler (Hamilton) based on the original choreography by Gillian Lynne (Phantom) and direction by Trevor Nunn (Les Misérables) make this production a new CATS for a new generation.

An album that inspired a REVOLUTION. A REVELATION that changed the world. A REINVENTION for this millennium.

Jesus Christ Superstar is an iconic musical phenomenon with a world-wide fan base. In celebration of its 50th Anniversary, a new mesmerizing production comes to North America. Originally staged by London’s Regent’s Park Open Air Theatre and helmed by the acclaimed director Timothy Sheader (Crazy for You, Into the Woods) and award-winning choreographer Drew McOnie (King Kong, Strictly Ballroom), this production won the 2017 Olivier Award for Best Musical Revival, garnering unprecedented reviews and accolades.

Appealing to both theater audiences and concert music fans, this production pays tribute to the historic 1971 Billboard Album of the Year while creating a modern, theatrical world that is uniquely fresh and inspiring.

Featuring award-winning music by Andrew Lloyd Webber and lyrics by Tim Rice, Jesus Christ Superstar is set against the backdrop of an extraordinary series of events during the final weeks in the life of Jesus Christ as seen through the eyes of Judas. Reflecting the rock roots that defined a generation, the legendary score includes “I Don’t Know How to Love Him,” “Gethsemane” and “Superstar.”