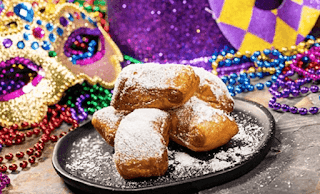 BEST WAY TO SAVOR AND SIP:

Discover boundless combinations of food and drink selections with a Seven Seas Food Festival Tasting Lanyard which can be used on all Seven Seas Food Festival days AND February 15-16 during Mardi Gras. Guests can embark on their culinary journey with a 10-sample lanyard starting at only $60 or take it up a notch and save over 30% with the fan favorite 15-sample lanyard for the best savings. SeaWorld Orlando pass members also get the VIP treatment with even more flavor and savings with their 3 free samples with the purchase of a 15-sample lanyard. https://seaworld.com/orlando/events/seven-seas-food-festival/