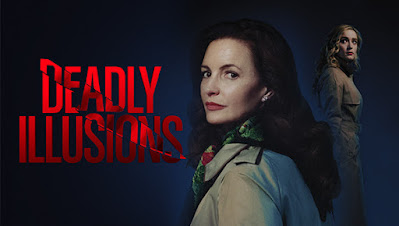 The film chronicles bestselling female novelist Mary Morrison (Kristin Davis), who suffers from writer’s block, hires an innocent yet beautiful caregiver Grace (Greer Grammer) to watch over her children as she dangerously indulges into the fantasies of her new bestseller.  As their relationship blossoms, the line between the life she’s writing and the one she’s living becomes blurred.

“Working on this film was an amazing experience. Director Anna Elizabeth James and I have talked about collaborating together for years, so I love that we were able to come together on this one. It felt like we were always so in sync.”

Zeller’s direction brought the reality of the horror in the climax of the film to life in the action sequences seen throughout the feature.

“Jonny Zeller is not only an intuitive creative, he is an expert communicator and visionary. He championed the material by making choices in line with the truth of the of the story and its characters. Without him I would have not been able to pull off a strenuous schedule and shoot within 17 days. I was able to entrust him with our key talent on numerous occasions where he executed beyond my vision. Many of Jonny’s shots exist, that without them, the story would have suffered. I can’t imagine a better partner to go into battle with. “

When the mental and emotional trauma from Grammer’s character, Grace manifests in a variety of ways, she begins to interfere in the lives and love between Davis and Mulroney.

“This cast was a dream to work with. Working with industry vets Kristin and Dermot was a dream. It was fascinating to see them embody these characters and bring them to life,” said Zeller.