Jason Statham in WRATH OF MAN In theaters May 7 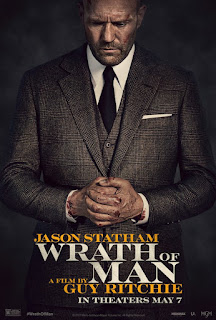