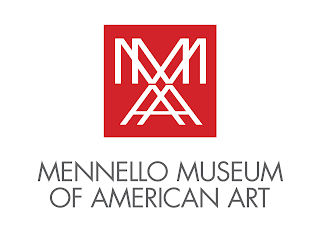 The Mennello Museum of American Art is proud to announce the exhibition opening of The Grand Portraits of Mr. Eddy Mumma. The exhibit is only the third solo museum exhibition of the artist's work to date and is on view from April 23 – August 1, 2021.

"The museum is excited to bring together 25 compelling paintings by one of Florida's self-taught and truly outsider artists," shared Mennello Museum Executive Director Shannon Fitzgerald. "The portraits reflect the people and personalities with whom he desired to surround himself. He was prolific in production and with a compulsion to immerse himself in his self-isolation suggests that his creative quest was deeply personal, cathartic, and absolutely necessary."

Mumma abandoned any notion of traditional art schooling after a teacher's insult during his first lesson at the age of 60 in Gainesville, Florida. A homebound Mumma would take this slight in stride. Instead of giving up, he poured over art books, texts, and popular magazines given to him by friends and family. These beloved images intermingled with his imagination to develop the round-faced, wide-awake, geometric figures he is renowned for today. A proliferation of portraits originally hung from every inch of the artist's modest home, immersing the artist in a gallery of his self-inspired works. These mysterious, smiling, and sometimes frenzied characters were his constant companions, always within sight, rarely shown, and never sold.

Feldstein's eye for the cleverness and ingenuity of Mumma's painting practice was instrumental in preserving the artist's many works. At the time of Mumma's passing in 1986, he had completed nearly 1,000 paintings – excitedly using the brightest paints on any surface within reach, painting both sides of doors, lamps, plywood, masonite, canvas, and glass. It was the foresight and graciousness of Feldstein to assist the artist's daughter, Carroll Gunsaulies, in preserving and sharing her father's work with the world that entered him into the celebrated canon of American Folk Art. Mumma is also featured in the Smithsonian American Art Museum collections, the American Folk Art Museum, Minneapolis Institute of Art, the Fenimore Museum, the Kohler Foundation, and the American Visionary Art Museum among others. Serendipitously, an insult by a Gainesville art instructor and 18 years creating art in Gainesville ultimately led to Gainesville, Florida's Samuel P. Harn Museum of Art highlighting Mumma’s collection.

"I am delighted to share The Grand Portraits of Mr. Eddy Mumma with our audiences this summer," said Mennello Museum Curator of Art and Education Katherine Page. "While studying Mumma's portraiture and paintings, one begins to understand his deep appreciation for historical painting and ethnographic photography. Renowned images inspired his work, from Van Gogh to Frans Hals and the pages of National Geographic. This admiration translated into recreating masterpieces in his own distinctive style, which was dedicated to the expression of form, color, and texture therein. "She continues, "The figures in Mumma's later portraits carry unique and intimate yet recognizable emotions: some appear cheerful, focused, proud, sad, nervous, and even alienated. The effect is striking and pulls the viewer closer into the piece— face-to-face with the artist's intuitive practice."

The Mennello Museum of American Art and its exhibitions are generously supported by the City of Orlando and Friends of the Mennello Museum of American Art. Orange County Government provides additional funding through the Arts & Cultural Affairs Program and United Arts of Central Florida. Sponsored in part by the State of Florida, Department of State, Division of Cultural Affairs and the Florida Council on Arts and Culture, and Visit Orlando. The exhibition is funded in part by the generous donors to the Frank Holt Fund, Strengthen Orlando, City of Orlando.

The Mennello Museum of American Art is owned and operated by the City of Orlando.

Upcoming Events and Exhibits at Mennello Museum of American Art

from the Melanson Holt Collection

The Mennello Museum of American Art, owned and operated by the City of Orlando, is located on the beautiful shore of Lake Formosa in Orlando’s Loch Haven Cultural Park. The museum provides residents and visitors welcoming opportunities to understand and value creativity through innovative experiences with art further connecting it to nature and communal gathering. Our goal is to encourage creative and diverse experiences with art that nurtures audiences while reflecting the dynamic relationship between art and society.  In addition to housing the permanent collection of folk modernist Earl Cunningham, the museum presents temporary exhibitions that feature a broad range of American art from traditional to contemporary practices.

Additional funding is provided by Orange County Government through the Arts & Cultural Affairs Program and United Arts of Central Florida. Sponsored in part

by the State of Florida, Department of State, Division of Cultural Affairs and the Florida Council on Arts and Culture.