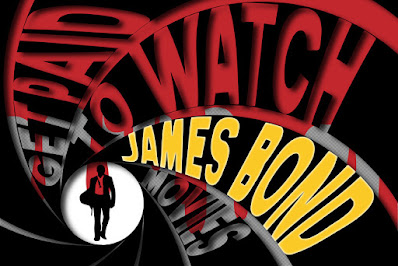 To celebrate the release of the 25th (official) James Bond film, No Time to Die, Nerd Bear will pay one super fan $1000 to watch all 24 movies starting from Dr. No right up to Spectre. That's over 51 hours of films, 7 different 007s, and too many martinis!
That's not all. They will also receive a $100 Amazon Gift Card to rent the movies and a $50 AMC Gift Card to watch the latest installment at the cinema.
"The delay of No Time to Die from April to October 2021 has disappointed many James Bond fans," said Amar Hussain, Founder of Nerd Bear. "While we wait for the release later this year, we thought it would be fun and a pleasant distraction from Covid to offer this opportunity to a movie buff."

The winner will be required to watch all 24 movies within 30 days and complete a worksheet.
The films they will be watching are:
For more information and how to apply, visit Nerd Bear.
About Nerd Bear

Nerd Bear is a website covering all aspects of nerd culture, from comic book movies and tv to gaming and tech.
Publicadas por Axel a la/s 11:36:00 a. m.