For the First Time, Rough Cactus Coral Cared for by SeaWorld at the Florida Coral Rescue Center (FCRC) Funded by Disney Conservation Fund and the Fish & Wildlife Foundation of Florida 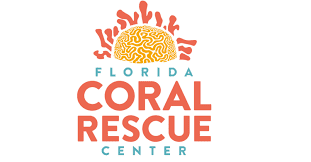 For the First Time, Rough Cactus Coral Cared for by SeaWorld at the Florida Coral Rescue Center (FCRC) Funded by Disney Conservation Fund and the Fish & Wildlife Foundation of Florida Produce Hundreds of Offspring Signaling a Hopeful Future for this Threatened Species 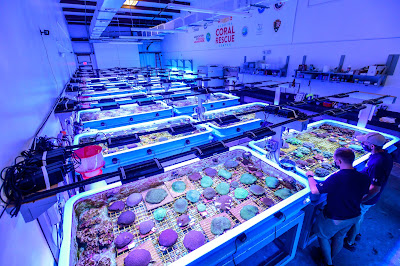 ORLANDO, Fla. (April 21, 2022) – The 2,000 square foot, state-of-the-art Florida Coral Rescue Center (FCRC) is a member facility of the Association of Zoos and Aquariums, Florida Reef Tract Rescue Project (AZA-FRTRP), and the largest Florida Coral Rescue program holding facility in the country. It is now also the proud home to hundreds of new rough cactus coral offspring. The reproduction, known as larval release, has been happening over the last several weeks. It is believed to be the first documented occurrence of this threatened species propagating in human care. SeaWorld manages the FCRC where its team of aquarists provide care for rescued Florida corals. FCRC has 18 species of coral from the Florida Reef Tract (also known as Florida’s Coral Reef), including species listed as threatened under the Endangered Species Act. These corals are expected to be part of a large-scale breeding (propagation) effort and produce offspring that will be used to restore Florida’s Coral Reef. Today, the FCRC has more than 700 corals in its care. FCRC’s work with Florida corals is permitted by the State of Florida and is crucial to the SCTLD response plan.

Rough cactus corals are brooders, which means the embryos fertilize within the coral colony and are released as swimming larvae. Within a few days after release from the parent colony, the larvae settle down onto hard surfaces like the small tiles FCRC aquarists have placed near them in their nursery pools, where they will attach and begin growing into corals. Typically, this species broods in the ocean from December-March.

“These offspring are very important to the future of this threatened species and to the health of our oceans,” said Jim Kinsler, facility manager of the Florida Coral Rescue Center and Curator of Aquariums and Wild Artic at SeaWorld. “Our team of experts understand that the work we are doing is critical to protecting an entire ecosystem and by ensuring these corals survive and grow to become a part of a healthy and abundant population, future generations of ocean enthusiasts will be able to enjoy them when visiting Florida’s Coral Reef.”

Many of Florida’s coral species had never been managed in human care before now. All 18 species at FCRC are affected by SCTLD in the wild. The colonies at the FCRC were collected by FWC in 2019 through 2020 ahead of the disease boundary.

Despite being the largest holding facility within the AZA- FRTRP, the FCRC is now at maximum capacity and more space is needed because the corals are healthy and growing, and it is time to start breeding them.

SCTLD has wiped out entire sections of reefs as it has spread along Florida and to reefs in the Caribbean, including Jamaica, Mexico, St. Maarten, the Dominican Republic and the US Virgin Islands. It first appeared off the coast of Florida in 2014. Florida’s Coral Reef, which extends 360 miles from Florida’s Martin County to the Dry Tortugas, has been particularly hard hit with millions of corals affected. SCTLD has up to a 100 percent mortality rate for susceptible species at some reefs.

The presence of environmental stressors, such as rising ocean temperatures, exposure to pollution and physical damage are likely to have made certain species more susceptible to the disease which causes coral mortality through tissue loss. No cure for the disease has yet been identified.

“While work continues to better understand and control this disease, we have made the difficult decision to remove healthy coral from ahead of the disease boundary and place them in land-based facilities like FCRC to prevent them from becoming infected, to preserve genetic diversity, and to propagate them for restoration,” said Gil McRae, Director of the FWC Fish and Wildlife Research Institute. “Large numbers of offspring produced by rescued corals will be essential for restoration of Florida’s Coral Reef. These vulnerable rescued corals are thriving under the expert care of the FCRC team and offspring produced by these corals will contribute substantially to restoration efforts.”

Coral reefs are some of the most diverse and valuable ecosystems on earth. Globally, they support more species per unit area than any other marine environment, including about 4,000 species of fish, 800 species of hard corals and hundreds of other species. Scientists estimate that there may be millions of undiscovered species of organisms living in and around reefs. Coral reef structures also buffer shorelines against 97 percent of the energy from waves, storms and floods, helping to prevent loss of life, property damage and erosion.

The Orlando-based FCRC is a state-of-the-art facility established for gene banking and care of Florida corals rescued from reefs in response to the SCTLD that is sweeping across Florida’s Coral Reef. It is part of a national network of coral holding or gene banking facilities coordinated by the AZA. It provides a safe, stable environment for coral colonies to receive world class care from a team of coral experts and will play a significant role in the future restoration of Florida’s Coral Reef.

Under the guidance of the AZA, the FCRC partnership consists of resource management agencies FWC and NOAA Fisheries; accredited zoological facility SeaWorld; and funding from the Disney Conservation Fund and Fish & Wildlife Foundation of Florida, among others. These partners provide the funding, resources and expertise to help ensure there is a future for Florida’s corals.

About the Association of Zoos and Aquariums

Founded in 1924, the Association of Zoos and Aquariums is a nonprofit organization dedicated to the advancement of zoos and aquariums in the areas of conservation, animal welfare, education, science and recreation. AZA is the accrediting body for the top zoos and aquariums in the United States and 11 other countries. Look for the AZA accreditation logo whenever you visit a zoo or aquarium as your assurance that you are supporting a facility dedicated to providing excellent care for animals, a great experience for you and a better future for all living things. The AZA is a leader in saving species and your link to helping animals all over the world. To learn more, visit aza.org. The AZA-FRTRP coordinates the collaborative efforts of AZA accredited coral rescue facilities across the country. To learn more, visit www.aza.org/coral-reef-rescue.

SeaWorld Entertainment, Inc. (NYSE: SEAS) is a leading theme park and entertainment company providing experiences that matter, and inspiring guests to protect animals and the wild wonders of our world. The Company is one of the world’s foremost zoological organizations and a global leader in animal welfare, training, husbandry and veterinary care. The Company collectively cares for what it believes is one of the largest zoological collections in the world and has helped lead advances in the care of animals. The Company also rescues and rehabilitates marine and terrestrial animals that are ill, injured, orphaned or abandoned, with the goal of returning them to the wild. The SeaWorld® rescue team has helped more than 39,000 animals in need over the Company’s history.

Disney Conservation is committed to saving wildlife and building a global community inspired to protect the magic of nature together. Since 1995, the Disney Conservation Fund has directed $120 million to support nonprofit organizations working with communities to save wildlife, inspire action and protect the planet. Disney Conservation Team Wildlife leads best-in-class scientific programs to conserve wildlife in Disney’s backyard and beyond, connecting people to build a network for nature. These efforts represent just a few of the many actions we’re taking to put possibility into practice and inspire optimism for a brighter, more sustainable future through what we call, Disney Planet Possible.  To learn more, visit Disney.com/conservation or follow @DisneyConservation.

About the Fish & Wildlife Foundation of Florida

The Fish & Wildlife Foundation of Florida is a nonprofit organization dedicated to supporting the Florida Fish and Wildlife Conservation Commission (FWC) and other public and private partners to conserve Florida’s native animals and plants and the lands and waters they need to survive. Since its founding in 1994, the Foundation has raised and donated nearly $55 million to conservation and outdoor recreation and education. To learn more, visit wildlifeflorida.org.

About the Florida Fish and Wildlife Conservation Commission (FWC)

FWC’s mission is managing fish and wildlife resources for their long-term well-being and the benefit of people. To learn more, visit MyFWC.com.

NOAA’s mission is to understand and predict changes in the Earth's environment, from the depths of the ocean to the surface of the sun, and to conserve and manage our coastal and marine resources. To learn more, visit .noaa.gov