Karol G Announces The $Trip Love Tour – The Most Impressive Tour of Her Career with a Stop at Amway Center Sat, Sept 24 - Tickets On Sale This Friday at 12 p.m. ET

Karol G Announces The $Trip Love Tour – The Most Impressive Tour of Her Career with a Stop at Amway Center Sat, Sept 24 - Tickets On Sale This Friday at 12 p.m. ET 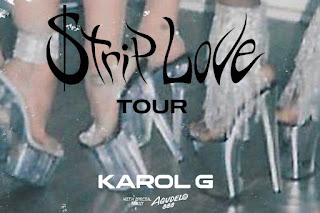 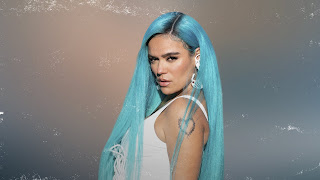 ORLANDO, FLORIDA [April 25, 2022] – The entire world has witnessed the impact of Karol G and her unique way of presenting her avant-garde style towards the evolution and growth of Latin music around the globe. The multi-platinum global superstar announced her new $trip Love Tour, produced by AEG Presents, with 30 North American tour stops, kicking off on Tuesday, September 6 in Chicago and includes her first headlining show at Orlando's Amway Center on Saturday, September 24. Tickets go on sale to the general public on Friday, April 29 at 12 p.m. ET.

After setting multiple sales records with her previous Bichota Tour, Karol G promises to make her new $trip Love Tour the most impressive of her career, where she brings to life all the greatest hits of her musical repertoire. During the last two weekends, the artist made two stage appearances at the acclaimed Coachella Valley Music and Arts Festival, adding another significant milestone to her career. The singer-songwriter not only represented Latin America on a world-class stage but also captivated the massive audience, delivering all of her musical prowess accompanied by lavish production and special guests. During her performance at the festival yesterday, the artist impressed everyone onsite with Becky G as her special guest, with whom she sang her most notable collaboration, "MAMIII." Adding to her performance's unique medley of Latin music's greatest hits, J Balvin made a surprise stage appearance performing his hit "Mi Gente." She capped off the evening performing "Provenza" live for the first time before an audience. Following its premiere, "Provenza" conquered digital platforms, positioning itself at the top of most popular playlists and reaching the number one spot on YouTube's Global Trending chart with its music video quickly garnering more than 13 million views. Meanwhile, the song also debuted at number 25 on Apple Music's global Top Songs chart.