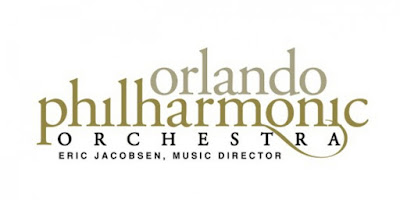 (March 31, 2022, Orlando, Fla.)  The Orlando Philharmonic Orchestra (OPO) announces its 2022-2023 30th Anniversary Season today, including six concerts on the Classics Series and five concerts on the Pops Series, all to be held in the newly completed and acoustically perfect Steinmetz Hall. For the first time ever, the Classics Series will be offered in pairs, including a Saturday evening and a Sunday matinee performance for each concert.  The 2022-2023 Season will also include the Focus Series and Symphony Storytime Series at The Plaza Live in Orlando’s Milk District. Returning will be five Summer Serenades concerts in the Summer of 2022, featuring programs curated by the participating Philharmonic musicians. The popular three-night Resonate Festival will return in February 2023 and will feature 2022-2023 Season Artist-in-Residence Anthony McGill.

The Philharmonic will feature a diverse and exciting lineup of guest artists and conductors for the 2022-2023 Season. On the podium for his eighth Season with the Philharmonic, Music Director Eric Jacobsen will conduct seven programs in the season, as well as the full Resonate Festival.

Soloists featured on the Classics Series include Violinist Adele Anthony, Pianist Inon Barnatan, and the Philharmonic’s own Concertmaster Rimma Bergeron-Langlois. Returning in the 2022-2023 Season are Pianist Orli Shaham, Cellist Jan Vogler, and Superstar Pianist Yuja Wang, one of the top Classical soloists in the world.

Artist-in-Residence Anthony McGill, said to have  “…played with his trademark brilliance, penetrating sound and rich character. That the ovation was so enthusiastic was no surprise.” by The New York Times, will perform on 6 performances in the Resonate Festival in February 2023, including three major concertos for clarinet as well as chamber music works.

The Pops Series will boast a new production of the audience favorite Home for the Holidays in November, “Something Wonderful: The Songs of Rodgers  & Hammerstein”, Chris Thile in Concert with Music Director Eric Jacobsen, “Spies, Lies, & Treble Clefs”,and finish out in May 2023 with “Let’s Misbehave - The Songs of Cole Porter”.

The Focus Series will begin in October with a celebration of Puerto Rican Heritage with Flutist Nestor Torres joined by Conductor and Violinist Guillermo Figueroa. The Focus Series will feature numerous Philharmonic Musicians in a variety of roles, including as conductors, soloists,  and concert curators.  These programs will include Holiday Brass & Percussion conducted by OPO trumpeter Lyman Brodie in December; Concertmaster Rimma Bergeron-Langlois featured on Mozart’s Violin Concert No. 5 in February; and a program featuring three OPO soloists under conductor Mauricio Céspedes Rivero in March. The Focus Series will conclude in April 2023 under the baton of Music Director Eric Jacobsen with Violinist Kelly Hall-Tompkins as the featured soloist.

The Symphony Storytime Series for young children features fun, family-friendly programs including a Halloween Fall program, an all-new Holly Jolly Sounds of the Season, the Louis Armstrong tribute Just a Lucky So and So, and Peter Rabbit, all at The Plaza Live.

Subscription renewals for current subscribers will be sent to them in the coming weeks and new subscriptions for the 2022-2023 Season will go on sale later this Spring. For more information, please contact the Box Office at 407.770.0071 or boxoffice@orlandophil.org.

Eric Jacobsen and the Orlando Philharmonic take the stage of fabulous Steinmetz Hall for the grand opening of the 2022-2023 Classics Series! Join us as Adele Anthony (“plays beautifully, with warm, luminous tone…” ~ Gramophone) reveals the graceful melodies and dizzying virtuosity of Tchaikovsky’s Violin Concerto. And in Holst’s Planets you’ll hear Mars’s bellicose hammer blows; Venus’s gentle serenity; Mercury’s fleet-footedness; and Neptune’s mysteries with voices singing wordlessly…fading away into the unknown. Plus, works by contemporary composers Colin Jacobsen and James Lee III’s celebratory opener welcoming you to the excitement of hearing music in our new home in our 30th Anniversary Season.

It was inevitable that 21-year-old Mendelssohn would fall in love with Italy…its sun-drenched landscapes and the warmth of its people. This love found exuberant expression in his “Italian” Symphony (“blue sky in A Major,” he dubbed it.) Orli Shaham (“a commanding, powerful performance” ~ Milwaukee Journal Sentinel) solos in two piano concertos: David Robertson’s in its world premiere and Mozart’s popular 23rd with a ravishing Adagio of haunting depth. Plus, orchestral excerpts from The Anonymous Lover, an opera by 18th century Afro-French composer Chevalier de Saint-Georges.

Dvořák: Cello Concerto in B Minor

Enter Bruckner’s expansive soundworld…become one with its sonorities…get carried away by the radiant strings, the majestic brasses, the long-breathed phrases, and, ultimately, the splendor of his music! Now more than ever, Bruckner is a balm for the soul. Leading into the symphony is Dvořák’s Cello Concerto, a work of symphonic grandeur and passion that will showcase the astonishing technique and artistry of Jan Vogler (“…a convincing balance between introspection and drama…” ~ Financial Times). The Romantic vocabulary of Emilie Mayer’s dramatic Overture, exploring Faust’s soul, starts this concert’s journey.

Debussy Prelude to The Afternoon of a Faun

Rachmaninoff Rhapsody on a Theme of Paganini

Hang on tight as piano superstar Yuja Wang (“one of the most talented, enthralling, and even mesmerizing performers on the world scene” ~ HuffPost) takes you on a wild ride with Rachmaninoff’s First Piano Concerto! The composer—a virtuoso himself—packed in plenty of fireworks to challenge even the most athletic of pianists. Yuja also solos in another of his “greatest hits”—the Rhapsody on a Theme of Paganini, with the terrifying medieval chant Day of Wrath and the ultra-romantic 18th variation (smelling salts advised in case of swooning!). Plus, Debussy’s iconic (and notorious) masterpiece, from sinuous flute introduction to final languorous bars…erotic reveries in all their voluptuous, ephemeral beauty.

Bruch’s superlative Violin Concerto is at once fiery and romantic, sparkling and seductive—and a showcase for our virtuoso Concertmaster Rimma Bergeron-Langlois. In the Tenth Symphony Shostakovich unleashes his fury against Stalin in a violent, demonic musical battle with pitches equivalent to the initials of his name, D-S-C-H, pounded out like a code that crushes the tyrant in the wild, triumphant finale. Raising the curtain is the OPO premiere of a thrilling new work by Pulitzer Prize-winning Cuban-American composer Tania León, whose music is “infused with a vigorous pluralism” ( ~ The New York Times).

How do you say “I love you” if you’re Gustav Mahler? Nothing could surpass the radiant Adagietto movement, scored for strings and harp, of his Fifth Symphony, a gift for his beloved wife Alma. But there’s also raw, intense music and the manic Rondo-Finale that brings this orchestral tour de force to its climax. Love was also in the air in Mendelssohn’s First Piano Concerto, dedicated to an object of his youthful affection. Inon Barnatan (“One of the most admired pianists of his generation” ~ New York Times) is the soloist for this sometimes brilliant, sometimes gossamer, but always romantic, work. Plus, the world premiere of a much-anticipated new composition by former OPO Composer-in-Residence—Orlando’s own—Stella Sung.

HOME FOR THE HOLIDAYS

“SOMETHING WONDERFUL: THE SONGS OF RODGERS & HAMMERSTEIN”

Stars  of the OPO

Welcome to Year II of the RESONATE FESTIVAL

A Prelude Program—J.S. Bach’s epic Goldberg Variations—begins this season’s Resonate Festival in a spectacular way, starring pianist Steven Beck, praised as “exemplary” and “deeply satisfying” by Anthony Tommasini in The New York Times. It’s probably not an exaggeration to call the Variations the “Mount Everest” of the solo piano literature, requiring focus, vision, and stamina. And you, the audience, are invited to approach the theme and its 30 astonishing variations with reverence, abandon, solemnity, introspection, and joy. But whatever emotions you feel, the Goldberg Variations will resonate in your memory long after the last beautiful note has faded into silence.

Joseph Bologne, Chevalier de Saint-Georges—violin virtuoso, composer, son of an enslaved mother, colonel in Europe’s first Black regiment, and champion fencer—has finally been rediscovered by the classical music world! In an exciting new guise, the transcribed Clarinet Concerto—replete with both technical flamboyance and lyricism—gets its world premiere performance by Anthony McGill. In the same year Bologne passed from this earth, 1799, Beethoven was deeply immersed in creating his First Symphony, a beautiful amalgam of the classical style and—with unexpected key changes, unusual dynamics, and bold tempos—an audacious step into the new century.

We dive into Resonate Festival chamber music with Anthony McGill & Co. playing Beethoven’s delightful Op. 11, with our own maestro joining the festivities on cello! Opening the concert is Debussy’s Violin Sonata, the last completed work by a man profoundly affected by war and illness. Still, his swan song captivates— with ferocity, radiant colors, sprinklings of folk music, and, the composer said, “tumultuous joy.” In between, Three Romances by the until-recently-woefully-neglected Clara Schumann—finally out from behind her husband’s shadow—with her last and most popular chamber work. The keyboard part is testimony to her vast talents as a star pianist.

Bernstein Three Dance Episodes from On the Town

It’s a night of all-American music! First up: Aaron Copland’s Clarinet Concerto with Anthony McGill center stage. Commissioned and inspired by Benny Goodman, it moves from lyrical and serene to an ever-so-brief soliloquy for the soloist to a rollicking final movement fusing jazz, South American folk tunes, and American dance rhythms. From On the Town—his love letter to the Big Apple—a dance-y Broadway show about the adventures of three sailors on shore-leave during World War II—Bernstein extracted a high-spirited suite that will set your feet to dancing, too! In between, Copland’s quintessentially AmericanAppalachian Spring—full of tenderness, hope, and belief in the future. Listen for fiddle tunes and the beloved Shaker melody “Simple Gifts.”

Rimma Bergeron-Langlois, violin, and members of the Orlando Philharmonic Orchestra

We must all be grateful that Brahms came out of self-imposed “retirement” to compose his four late masterpieces that have made him especially beloved of clarinetists, with this Quintet often regarded as his greatest chamber music achievement. The instrument’s sweet tone evokes moods of melancholy and serenity with an exquisitely dark palette that blends beautifully with the strings—all brought out superbly by our Artist-in-Residence Anthony McGill and the musician-artists of the Orlando Philharmonic Orchestra.

Mozart’s love for the clarinet’s mellow sound was inspired by the artistry of Anton Stadler—virtuoso, friend, and fellow-Freemason—and nowhere more so than in his beguiling Clarinet Concerto. And in the hands of Anthony McGill it will enrapture you, too, with its breathtaking beauty and sublime melodies. The concert begins with Mozart’s regal “Jupiter” Symphony—his last in the genre—aptly nicknamed for the king of the gods, with drums and trumpets lending a majestic feel and setting a crown upon the composer’s symphonic canon.

Rimma Bergeron-Langlois, violin, and members of the Orlando Philharmonic Orchestra

Anthony McGill and members of the Orlando Philharmonic Orchestra gather for London-born Anglo-African composer Coleridge-Taylor’s magnificent Clarinet Quintet, whose lyrical language is likely to remind you of Brahms and Dvořák. And starting the final chamber concert of this season’s Resonate Festival, one of the most well-known and best-loved works of Classical music, Mozart’s effervescent serenade, “A Little Night Music.” Buoyant, full of life and grace, sparkling! ‘Nuff said!

All programs and artists are subject to change. Visit orlandophil.org for the most