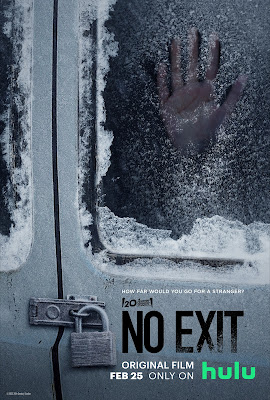 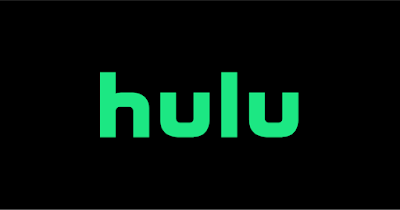 FILM WILL DEBUT FEBRUARY 25 ON HULU IN THE U.S., STAR+ IN LATIN AMERICA AND DISNEY+ UNDER THE STAR BANNER IN ALL OTHER TERRITORIES

In “No Exit,” Havana Rose Liu (“Mayday”) makes her feature film leading role debut as Darby, a young woman en route to a family emergency who is stranded by a blizzard and forced to find shelter at a highway rest area with a group of strangers. When she stumbles across an abducted girl in a van in the parking lot, it sets her on a terrifying life-or-death struggle to discover who among them is the kidnapper. Directed by Damien Power (“Killing Ground”) from a screenplay by Andrew Barrer & Gabriel Ferrari (“Ant-Man and the Wasp”) based on Taylor Adams’ 2017 novel and produced by PGA Award winner Scott Frank (“The Queen’s Gambit”), the film stars Havana Rose Liu, Danny Ramirez (“The Falcon and the Winter Soldier,” “Top Gun: Maverick”), David Rysdahl (“Nine Days”), Dale Dickey (“Winter’s Bone), Mila Harris (“Young Dylan”) and Dennis Haysbert (“Breakthrough”).

20th Century Studios is an Academy Award®-winning producer of feature films for both theatrical and streaming release. It is home to such iconic  franchises as “Avatar,” “Alien,” “Planet of the Apes,” “Predator,” “Die Hard,” and “Kingsman” and creator of hit films including “Bohemian Rhapsody,” “The Greatest Showman,” “The Martian,” and “Ford v Ferrari.” It also launched the successful “Deadpool” and “X-Men” film series. Among the studio’s current and upcoming slate are “The King’s Man,” “Death on the Nile,” “Free Guy,” “West Side Story” and the “Avatar” sequels. Previously known as 20th Century Fox prior to becoming a part of The Walt Disney Company, 20th Century Studios is recognized for its incredible 80-year legacy. It is the studio that brought the first six “Star Wars” films, in addition to standouts from across the decades, including “Miracle on 34th Street,” “All About Eve,” “The King and I,” “The Sound of Music,” “Butch Cassidy and the Sundance Kid,” “The Princess Bride,” “The Abyss,” “Edward Scissorhands,” “Home Alone,” “My Cousin Vinny,” “Speed,” “Cast Away,” “Moulin Rouge!,” “Minority Report,” “Gone Girl” and “The Revenant.”