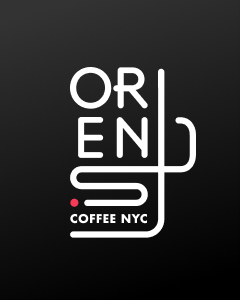 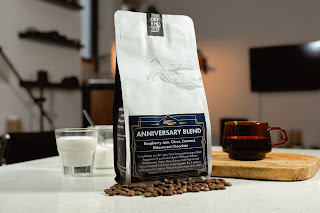 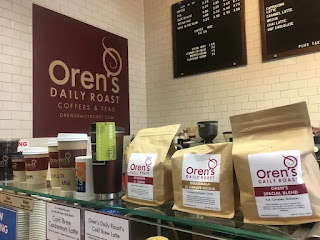 New York, NY— Oren’s Coffee, the beloved New York City coffee shop, is celebrating its 36th year in business with a limited run Oren’s Anniversary Blend 2022.  A blend of Ethiopia Sidamo Shantawene, Papua New Guinea Mile High A and French Roasted Colombia beans brings together the three primary coffee growing regions in one aromatic cup. Notes of raspberry jam meet citrus with a caramel and bittersweet chocolate finish to round out the flavorful coffee blend.  The Oren’s Anniversary Blend 2022 is reminiscent of Oren’s Mocha Java and French Roast blend, the most requested blend during the company’s first year in business.

“I am very proud that we always set and maintained the highest quality standards for our beans,” says Oren’s Coffee founder Oren Bloostein.  “We did it in 1986 when we trucked coffee into New York from San Francisco, since that is where the best coffees were being imported at the time, and we do it today, where we are frequently buying directly from farmers worldwide and making sure farmers are being paid a premium for their fine coffee beans.”

Oren’s Anniversary Blend 2022 is available for $20.50/pound now at https://orenscoffee.com/offerings/anniversary-blend/.

A New York coffee institution, Oren’s Coffee first opened on the Upper East Side in 1986 and set out to bring New Yorkers the highest quality coffee beans straight from farmers worldwide.  Beans were roasted in-store and brewed to order, fast earning the shop a reputation for the strongest cup of coffee in New York.  In the years since, founder Oren Bloostein has become one of the world’s leading authorities on coffee and named the winner of the first ever “Roaster’s Choice Award” by the Roaster’s Guild of America.  Today, Oren’s still sources specialty grade coffee beans directly from farmers and small cooperatives, roasts them with precision every day, serves them to loyal customers at Manhattan and Brooklyn locations and ships to coffee aficionados nationwide.  For more information, please visit https://orenscoffee.com/ or follow Oren’s Coffee on Instagram at @orenscoffee.