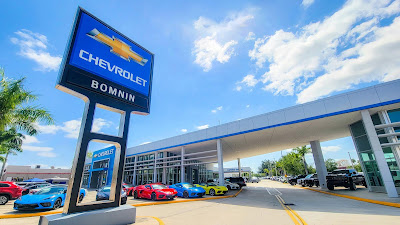 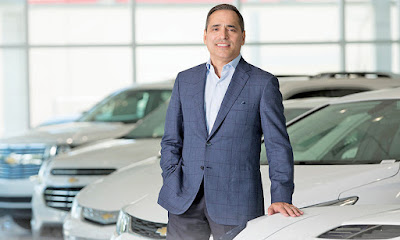 MIAMI, FL – Bomnin Automotive Group, one of the largest and fastest-growing auto groups in South Florida, once again lived up to its slogan “Committed to Excellence” as three Bomnin dealerships were named the largest in the country in 2021.

Bomnin Chevrolet West Kendall and Bomnin Chevrolet Dadeland sit only eight miles apart, but were able to become the two highest volume Chevrolet stores in the world during 2021, an outstanding achievement considering South Florida had previously been a predominantly import and luxury market.

“This was truly a team achievement. Our team’s hard work, dedication, conviction, and ‘Commitment to Excellence’ culminated in these remarkable accomplishments,” said Arnaldo Bomnin, Bomnin Automotive Group’s founder and CEO. “I cannot think of a better way to express my gratitude than to thank my team from the bottom of my heart and say, ‘All the Glory to God.’ I am humbled and grateful for what we were able to accomplish during a year of supply chain and pandemic-related uncertainty and am looking forward to what the future has in store for the Bomin Auto Team.”

In addition to being known as one of the top vehicle retailers in America, Bomnin Automotive Group is also known locally in south Florida for giving back to the community, recently hosting a Thanksgiving turkey giveaway, as well as partnering with Miami-Dade County Police for a Christmas Toy giveaway.

“While we are overjoyed to announce these incredible accomplishments, we would like to thank you, the community, for choosing us as your preferred Chevrolet and Volvo dealerships,” said Bomnin. “We sell cars, but our passion is giving back to the community.”

Upon moving to the United States, Bomnin began landscaping and selling avocados and lobster on the streets of Miami. One day, while selling lobster at a Miami dealership, the General Manager observed his extraordinary sales skills and offered him the opportunity to become a sales associate.

Bomnin continued exemplifying his incredible work ethic until he acquired his first dealership in 2010, turning it from a dealership selling about 70 vehicles a month to the #1 Chevrolet dealership in the Southeast for five consecutive years from 2016-2020. In 2021, that dealership ranked second place, only behind its sister dealership, Bomnin Chevrolet West Kendall.

For more information on Bomnin and his many award-winning dealerships, visit www.bomninchevrolet.com.

About Bomnin Automotive Group
Bomnin Automotive Group began as a single dealership founded in 2010 by Arnaldo Bomnin, a Cuban immigrant who escaped the communist nation in 1996. Under his leadership the company has experienced transformative growth from selling an average of 70 cars a month to becoming the largest Chevrolet dealer in the nation, retailing more than 1,900 vehicles per month across all locations.

Bomnin Chevrolet Dadeland has been awarded with the prestigious Dealer of the Year Award for the last seven consecutive years, and the West Kendall dealership has earned the award the last four consecutive years. The Dealer of the Year award is given to less than one percent of GM dealers across the nation and is based on their commitment to excellence through sales, service and customer satisfaction.

Currently Bomnin Automotive operates five top-rated General Motors franchises, with four in South Florida and a fifth in Virginia, near Washington D.C. The group generated over $1 billion dollars of total revenue in 2021, a record for Bomnin.