The Official Peaky Blinders Cookbook with 50 delicious and evocative recipes

Welcome to the Peaky Blinders Cookbook, a culinary voyage into the rags-to-riches tale of Tommy Shelby and his gangster clan. From the kitchen table at Watery Lane to the grand dining hall at Arrow House, via The Garrison, the Epsom Derby and the Eden Club, your invitation to eat with the Peaky Blinders awaits.Food during the interwar years was an interesting combination of post-war thriftiness and heady decadence. Ingredients that today we might consider luxury or specialist, such as oysters, were far more commonplace than they are now. Chicken, on the other hand, a humble Sunday lunch staple in 21st-century Britain, used to be a sophisticated addition to the dinner table. Rabbit, pigeon and other game, along with herbs, mushrooms and berries, which were easily hunted or foraged, filled plates and stomachs even for the lower classes. Generally, meat featured heavily in the diets of 1920s’ Britons – and for obvious reasons, nothing was wasted. Once post-war rationing ended in 1920, sugar and flour, along with butter, milk and other dairy gradually became more available again – satisfying sweet tooths in cakes, pastries, jellies and puddings. All the while, among the upper classes at least, a hedonistic sense of freedom from the horrors of war took hold. Champagne and gin cocktails flowed, and canapés and fine foods became a marker of higher social class. It’s against this backdrop to the story of the Peaky Blinders that the recipes in this book draw you deeper into the Shelbys’ world. This is a collection of dishes inspired by those likely to have been on the table at each stage in Tommy’s social climb from Watery Lane to Arrow House. Each has been modernized for today’s palates, but is rooted firmly in the era of your favourite series. EAT THEM WELL & ENJOY! BY ORDER OF THE PEAKY BLINDERS...introduction 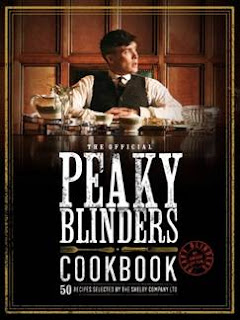 With The Official Peaky Blinders Cookbook, season six airing spring 2022, you can now take a unique culinary journey into the world of the Shelby's.

Have you ever wanted to eat like the Peaky Blinders? With this first official cookbook, you can now take a unique culinary journey into the world of the Shelby's.

Filled with 50 delicious and evocative recipes, the book takes inspiration from the iconic locations the infamous gang inhabits, from the bar at The Garrison, to the glamour of the Eden Club and the extravagance of Arrow House.

The recipes in this book transport you into the rich and murky world Tommy Shelby and his associates lived in, evoking the warm and hearty meals which would have kept the gang going day and night.

From filling family fare, to snacks, sandwiches and bar food, as well as lavish canapes, lunches and dinners, the book includes dishes such as:

Combining stills from the series with recipes and specially commissioned photography, this is a lavishly illustrated cookbook for foodies and fans of Peaky Blinders alike. 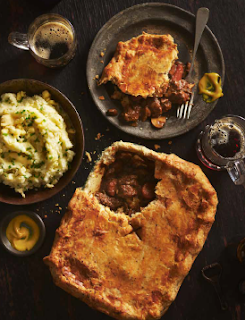 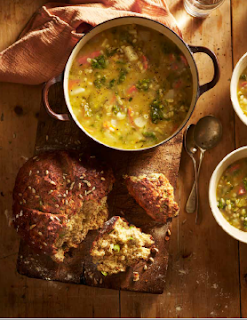 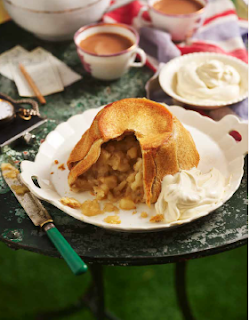 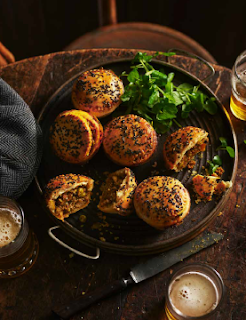 Rob Morris is a highly experienced food writer & stylist, chef and cookery presenter. With over 20 years of experience working in the food and restaurant business, quite simply, food is his life whether it’s cooking with, talking about or writing about it.

White Lion Publishing, an imprint of The Quarto Group