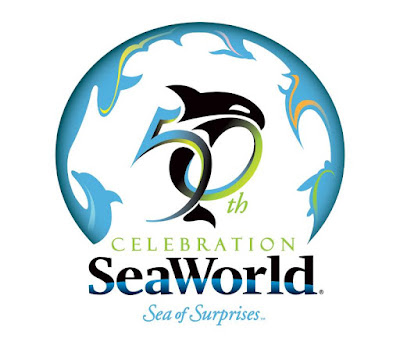 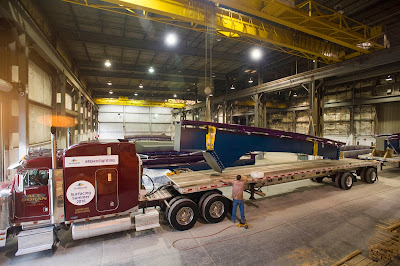 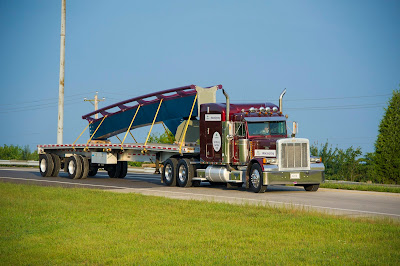 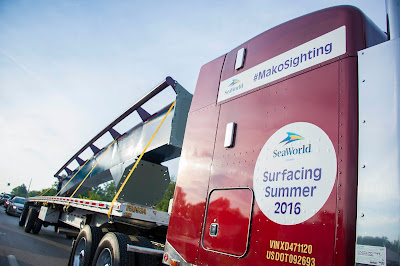 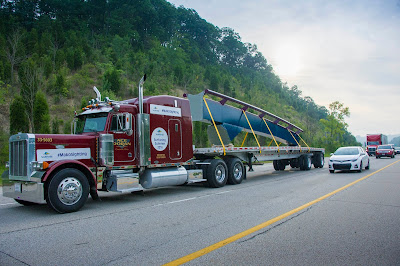 The first piece of SeaWorld Orlando’s new 200-foot-tall hypercoaster surfaced today as it traveled from the production facility in Ohio to its new home in Orlando. Mako will be Orlando’s tallest, fastest and longest roller coaster, and will reach speeds of 73 mph along 4,760 feet of steel track when it opens in summer 2016.

Over the next week, the giant piece of deep indigo and ocean blue coaster track will journey on an open flatbed semi-truck nearly 1,000 miles to its destination in sunny Florida.  Highway travelers in major cities along the way – including Cincinnati, Lexington, Knoxville and Atlanta – should keep an eye out for this unusual #MakoSighting.

As the track arrives at SeaWorld Orlando, the team will begin to create one of the world’s few true hypercoasters – a group of roller coasters known for high speeds and steep drops, and hills that create a feeling of weightlessness or “air time.” The coaster will be the centerpiece of a two-acre, shark-themed realm at SeaWorld Orlando.

Mako is slated to open Summer of 2016 at SeaWorld Orlando. Continue to stay up to date on all construction details and announcements on Facebook, Twitter and Instagram. Join the conversation using #MakoSighting.
Publicadas por Axel a la/s 1:43:00 p. m.