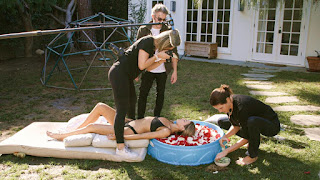 FAKE FAMOUS
AN EXPLORATION INTO THE WORLD OF INFLUENCERS VIA SOCIAL EXPERIMENT, DEBUTS FEBRUARY 2
HBO’s FAKE FAMOUS, debuting TUESDAY, FEBRUARY 2 (9:00-10:30 p.m. ET/PT), from first-time director and veteran journalist Nick Bilton, explores the industry of social media influencers through an innovative social experiment. The film’s journey into this world is driven by the casting of three people in Los Angeles who all have relatively small social followings and the attempt to grow them into famous influencers. By purchasing fake followers and an army of bots to “engage” with their social media, the newly made “influencers” discover both the wonders and costs of this unlikely, immersive lifestyle.
Peeling back the layers to reveal what’s really happening behind the scenes of influencer fame, FAKE FAMOUS illuminates our obsession with the numbers of likes, followers, and favorites we get, and how most of our online world is much more fabricated than we realize.
FAKE FAMOUS directed, written, and produced by Nick Bilton
Produced by Annabelle Dunne and Mary Recine
Executive produced by Graydon Carter
For HBO: executive producers Nancy Abraham, Lisa Heller; senior producer Sara Rodriguez.
HBO’s FAKE FAMOUS, debuts TUESDAY, FEBRUARY 2
(9:00-10:30 p.m. ET/PT)
#FakeFamous
Publicadas por Axel a la/s 5:53:00 p. m.