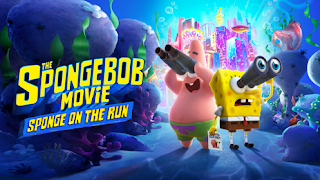 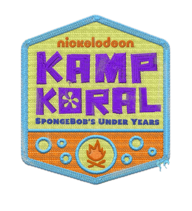 “THE SPONGEBOB MOVIE: SPONGE ON THE RUN” AND

TO PREMIERE MARCH 4 ON PARAMOUNT+

“The SpongeBob Movie: Sponge on the Run” Will Also Be

Released on Premium Video-On-Demand for a Limited Time

“Kamp Koral: SpongeBob’s Under Years” Will Be Available to Stream at Launch

Paramount+, the highly anticipated streaming service from ViacomCBS, today announced that both THE SPONGEBOB MOVIE: SPONGE ON THE RUN and all-new Paramount+ Original Series KAMP KORAL: SPONGEBOB’S UNDER YEARS will premiere on the service on Thursday, March 4.

KAMP KORAL’s first six episodes will be available to stream beginning March 4 exclusively on Paramount+ for subscribers in the U.S. The rest of the season’s 13-episode order will roll out on the platform at later dates to be announced.

In addition to its availability on Paramount+, THE SPONGEBOB MOVIE: SPONGE ON THE RUN will be available on VOD platforms for a limited time at a suggested rental price of $19.99 in the U.S.

About THE SPONGEBOB MOVIE: SPONGE ON THE RUN:

In the first-ever all CGI SpongeBob motion picture event, THE SPONGEBOB MOVIE: SPONGE ON THE RUN, SpongeBob SquarePants, his best friend Patrick, and the Bikini Bottom gang star in their most epic adventure movie yet! When SpongeBob’s beloved pet snail Gary goes missing, a path of clues leads SpongeBob and Patrick to the powerful King Poseidon, who has Gary held captive in the Lost City of Atlantic City. On their mission to save Gary, SpongeBob and his pals team up for a heroic and hilarious journey where they discover nothing is stronger than the power of friendship.

About KAMP KORAL: SPONGEBOB’S UNDER YEARS:

From Nickelodeon, KAMP KORAL: SPONGEBOB’S UNDER YEARS is the first-ever SpongeBob SquarePants spinoff. The CG-animated prequel series follows 10-year-old SpongeBob SquarePants and his pals during summer sleepaway camp where they spend their time building underwater campfires, catching wild jellyfish and swimming in Lake Yuckymuck at the craziest camp in the kelp forest, Kamp Koral.

ViacomCBS’ existing subscription video-on-demand and live streaming service, CBS All Access, will be rebranded as Paramount+ on March 4, 2021 as part of the service’s expansion to feature content from ViacomCBS’ leading portfolio of broadcast, news, sports and entertainment brands. ViacomCBS will also bring Paramount+ to international markets with an initial debut in Australia, Latin America and the Nordics in 2021.