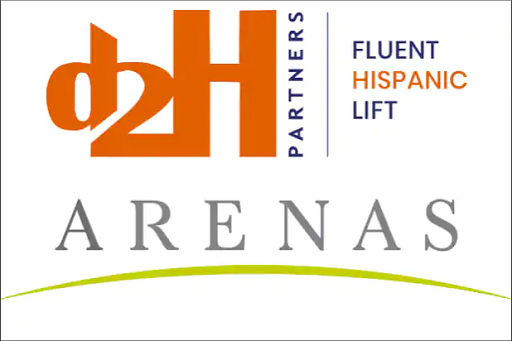 Founded by pioneer Santiago Pozo in 1988, Arenas built an impressive legacy of clients and has worked on more than 600 films and TV campaigns throughout its 31-year history. From Selena and Ugly Betty to Mel Gibson’s Apocalypto and, more recently, When They See Us and Free Guy, Arenas has done it all: theatrical films, television and streaming with all the major studios and media companies.

d2H Partners, led by branded response veterans Marcelino Miyares, Jr. and Patricia Testa, is a leading direct response advertising agency also specializing in the US Hispanic market.  “This acquisition combines the strengths of two leading specialty boutiques at the intersection of direct-to-consumer advertising and the entertainment industry at a time when the industry is becoming more and more subscription-based.  d2H’s extensive experience in Media and Direct Response, and Consumer Insights will amplify the Arenas team’s expertise in Go-To-Market Strategy, Publicity, Promotions and Creative Advertising,” stated Miyares.

“After 31 years running Arenas, it is time for me to spend more time writing, making films, and helping other creators. I have other mountains to conquer, and I hope a rewarding new chapter is in front of me. I am delighted that entrepreneurs of the caliber of Patricia and Marcelino, and our next generation of marketers are going to take the company I founded to the next level,” said Pozo. He will step down as CEO but remain an active participant in Creative and Strategic planning and direction.

To enhance its core capabilities beyond its home market in Los Angeles, Arenas Group has recently expanded to Miami, a market that will be led by Arturo Turincio, the new Director of Publicity and Promotions. With an experience that expands over 20 years and includes key positions in Telemundo, Sony, and in the marketing agency Moroch, Turincio will play a vital role in the company’s growth efforts. Turincio will report to Alicia García de Angela, VP of Publicity and Promotions.

“We are very excited to have Arturo Turincio on board, and to continue building upon Santiago’s legacy, who single-handedly created the category of Spanish-language marketing of studio releases and opened the studios’ eyes to Latino box-office potential.”  Testa said. “And there is plenty of room for growth for a well-established boutique, minority-owned and woman-owned agency like ours.”

The newly formed Arenas Group will move its headquarters from Barham Boulevard in Hollywood to Downtown L.A.

Founded over 31 years ago, Arenas Group LLC is an entertainment marketing powerhouse with a unique team of experienced bilingual and bicultural executives offering an artisanal 360º approach to Hispanic sales challenges – from the box-office to subscriptions to the lead pipeline. Services include creative, publicity (earned Media), promotions, traditional and digital marketing, traditional and digital (paid) Media, faith marketing, and distribution. Its legacy encompasses more than 600 films, TV and streaming campaigns. For more information, visit http://www.arenasgroup.com/

Launched in 2014, d2H Partners was created to satisfy unmet demand for direct response solutions targeting the U.S. Hispanic market. d2H specializes in the successful cross-over of general market D2C campaigns from English to Spanish. The agency works with lead-gen, branded response, and traditional DRTV marketers to improve the ROI of their in-language campaigns. For more information, visit https://www.d2hispanic.com.