The Top Streaming Services, TV Networks, & Cable Channels of 2020 According to Watchworthy Data 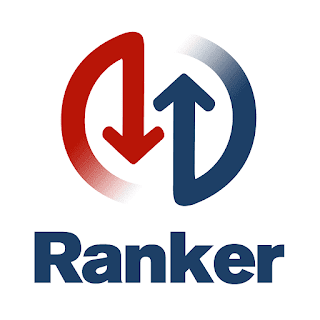 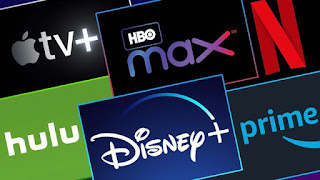 The Top Streaming Services, TV Networks, and Cable Channels of 2020 According to Watchworthy Data

Ranker, known as the world’s leading publisher for fan-powered rankings on just about everything with over one billion votes, just announced the top Streaming Services, TV Networks, and Cable Channels for 2020 according to its TV recommendation app Watchworthy.

Top lists for 2020 were created using data from Watchworthy, a free app that offers personalized TV recommendations and allows users to build their own watchlist from TV networks and over 200 streaming services such as Netflix, HBO Max, Disney+, Hulu, Amazon Prime, Apple TV+, and many more.

“The emergence of newer upstarts like Disney+ and HBO Max have only made the battle for our valuable streaming time that more intense - in turn giving the big three - Netflix, Hulu, and Amazon Prime Video - all the more reason to compete for our attention,” said Clark Benson, CEO and founder of Ranker. “We’re now able to get a sense of who might be winning the streaming wars by taking a closer look at the way in which people are using Watchworthy - especially in a pandemic where staying home is the norm and app usage is at an all time high.”

Here’s what Watchworthy data showed for 2020:

We also took a look at the shows that our users added to their Watchlists over the month of October 2020, as well as the platforms where those shows are available to stream. Of all the shows added to Watchlists last month, nearly 40% are part of Netflix’s catalogue, with Hulu and HBO Max rounding out the top three.

Hulu and Amazon Prime Video have been in very close competition for the #2 spot with Watchworthy users. Amazon has consistently held a narrow advantage despite Hulu’s variety of widely popular animated comedies. Behind them is Disney+, who has managed to outperform fellow streaming upstart HBO Max throughout the year. In sixth place - and deserving of an honorable mention - is Apple TV+.

Those aren’t the only players in the streaming wars according to Watchworthy data. Made up of viewers who are most likely those that have yet to or simply refuse to cut the cord, traditional TV Networks and Cable Channels still have an impactful audience.

Watchworthy is the only statistically relevant, crowd-sourced TV recommendation app available to consumers which uses algorithms from a unique panel of one million high-intent TV fans voting on over 13,000 TV shows on Ranker.

Please visit the Insights Scoop blog to find out more about Watchworthy, and Ranker’s 2020 channel for all things 2020.

These stories are crafted using Ranker Insights, which takes over one billion votes cast on Ranker.com, converts them into actionable psychographics about pop-culture fans across the world, and even powers our new TV recommendation app Watchworthy.