BATTLE IN SPACE : THE ARMADA ATTACKS 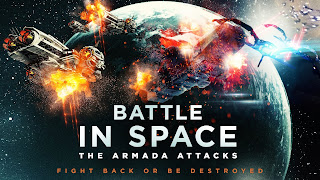